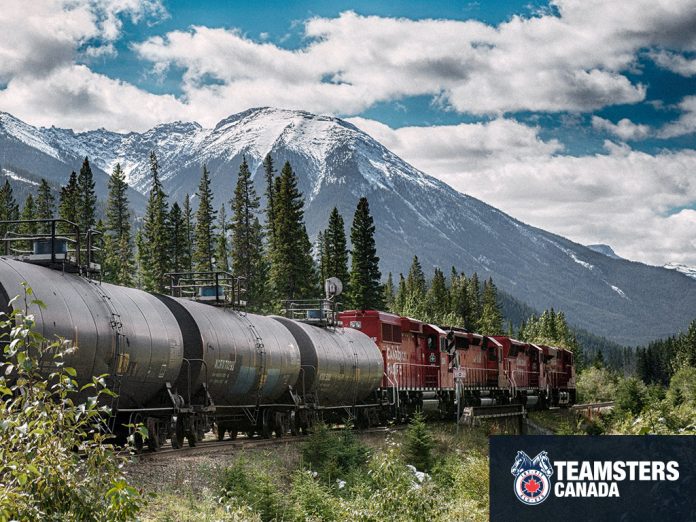 Toronto, May 28, 2015 — Don Ashley, the National Legislative Director for the Teamsters Canada Rail Conference (TCRC), participated yesterday in a town hall meeting organized by Rail Safety First in Toronto. In addition to Mr. Ashley, the guests were Cynthia Quaterman, who served as an administrator at the US Department of Transportation, and Dr. Mark Winfield, an associate professor of the Faculty of Environmental Studies at the York University.

Rail Safety First is a coalition of citizens across Canada working to increase government regulations and enforcement in the rail industry.

« Rail Safety First and our goals are similar, explained Don Ashley. We’ve made representations to the Federal government and we’ve launched campaigns about rail safety to raise awareness in the population. »

« So it was very important to us to be part of this conference. »

Over the years, the TCRC warned the government that trains are too long, the cars too heavy, and the locomotives too fast. Furthermore, the Teamsters Union has continually worked with all the stakeholders in this matter to put an end to the self-regulation in this industry. Indeed, only one inspector covers every 450 kilometres of tracks in Canada

On the other hand, fatigue management was also a major concern for the union in the last rounds of negotiations with the rail carriers.

« We went on strike at Canadian Pacific (CP) earlier in 2015 because it is crucial to implement broad based and effective fatigue countermeasures to protect the rail workers and the population, concluded the union leader. Our members have to be properly rested in order to safely operate long heavy trains. »