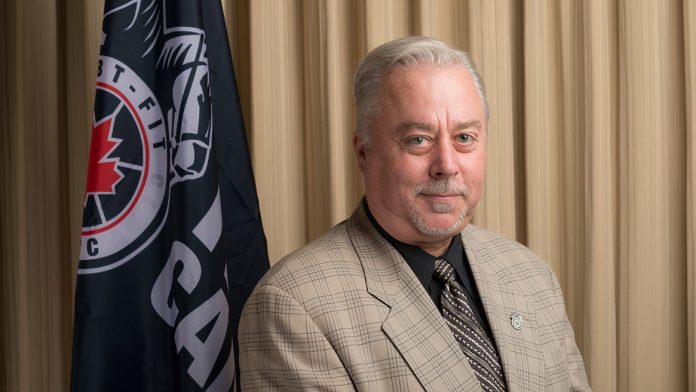 Gary Kitchen, Director of the Parcel Division at Teamsters Canada and Chairman of the Bargaining Committee

I would like to thank each Teamster member at Purolator for their support and patience during this most difficult set of negotiations.

When we started in August 2016, your bargaining committee was faced with an employer that was losing market share. Some of their proposals included contracting out your work, eliminating the defined benefit pension plan and your retirement allowances, and allowing 25% of all hours in each depot to go to a new type of employee at drastically reduced wages.

Faced with these threats and more, you responded with a show of solidarity by voting 97.4% in favour of strike action.

After negotiations resumed, the company presented a final offer that was ultimately rejected by 56.1% of the members who voted. The union, as mandated by the membership, served the company with a 72-hour notice of strike action that would have taken effect at 4:30 pm on Wednesday, March 29.

Both sides were called to a meeting by the Director General of Federal Mediation and Conciliation Services in a last-minute attempt to avert a strike. The results of that meeting brought us to where we are today. We managed to stop the demands referred to above and reach a tentative agreement.

Your entire negotiating committee – in other words, your local union officers, business agents, and stewards – is unanimously recommending that you accept this agreement.

I will not go into the agreement’s details as you are entitled to review them before the press or the public has a chance to do so. Instead, I urge you to attend the information meetings that your local unions are scheduling. You owe it to yourself to make an informed decision on your future.

Do not rely on social media to make this important decision. While the Internet certainly makes communication immediate and far-reaching, it does not necessarily make it accurate or factual. In fact, some social media groups are rife with falsehoods and misinformation about this agreement. Attend your union meetings, talk to your steward and business agent, read the documentation, and ask questions.

Each member of the negotiating committee signed a statement in support of this unanimously recommended agreement.

While a collective agreement can never be all things to all people, the bargaining committee and I believe this agreement offers gains and stability that far outweigh the economic hardship and uncertainty of a labour dispute.